Every week this summer, we’re challenging you to get together with a few friends to explore a part of Azeroth that you may not have seen in a while, or perform a feat that you may have never done. They're World of Warcraft Summer Challenges, and we’re going to be playing along with you as we hunt down rare achievements, get screenshots of amazing bosses, and try to find some awesome gear for our transmogrification sets.

This week’s challenge is: Ulduar.

Since discovering Ulduar in the Storm Peaks, adventurers have journeyed to the titan city to learn more about its mysterious past. Further exploration has revealed that the magnificent complex is above all a prison, intended to permanently confine the Old God of death, Yogg-Saron. This ancient horror has corrupted its guards, and now it is breaking through the last of its restraints. 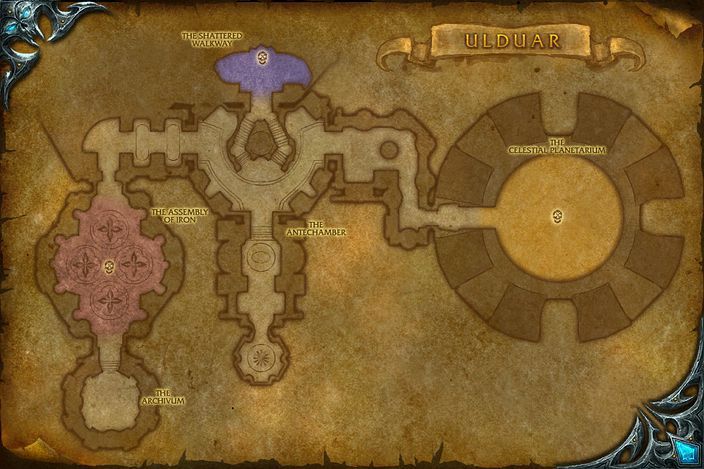 Near the top of the continent Northrend, Ulduar is home to a whopping 14 raid bosses. This week, we're getting together with friends who haven't gone toe-to-to with Yogg-Saron in a while, or never experienced Mimiron on Hard mode, or just need a couple more fragments to construct Val'anyr, Hammer of Ancient Kings, and heading to Storm Peaks. We're going to work our way through the dungeon on 25-player difficulty, so we want a solid raid of players by your side.

Faced with the peril of Yogg-Saron's imminent freedom, a band of mortals has made preparations for a sweeping assault on the city. Overcoming the legions of iron minions and towering defenses at the city's entrance will take tremendous strength, but even that great victory may not be enough to overcome the madness that dwells below.

Please join us in this discussion thread, where we’re talking about this week’s challenge, and looking forward to your stories about how it went for you this week, your screenshots, and your suggestions for other fun reasons to take on this challenge.