Through dangers untold and hardships unnumbered, the combined forces of the Class Orders have fought their way through the Broken Shore to reach the Tomb of Sargeras. With weapons of great power and the Pillars of Creation at hand, the defenders of Azeroth must face these last foes before the portal is sealed, cutting off the Burning Legion’s access to Azeroth.

Aegwynn used this sacred temple of Elune to lock away the defeated Sargeras’ avatar. She hoped it would remain dormant, buried deep within the earth, but the lure of power has continued to draw foul entities to this site. When Gul’dan reentered the tomb, he tore down Aegwynn’s wards and opened a doorway for the Legion to invade. Now the fel army tears at the vault, hoping to reclaim their master’s power.

In structuring the Tomb of Sargeras, we simultaneously wanted to deliver an interior worthy of the epic façade that towers over the Broken Shore, while also leaving room for variety in both atmosphere and the types of bosses standing in players’ path. That goal informed the overall layout of the raid, and the flow from start to finish.

You can learn a bit about each of the bosses below. Make sure you check out the in-game Adventure Guide (Shift-J) for a full list of tips for Healers, Damage Dealers, and Tanks.

The top level of the Tomb is a direct reflection of the aesthetic of the exterior, and players who have spent time in the Cathedral of Eternal Night dungeon will recognize the nave that the entrance overlooks. This area is under complete Legion control, and the Armies of Legionfall must overcome some of the fiercest demonic commanders in order to gain a foothold in the Tomb. 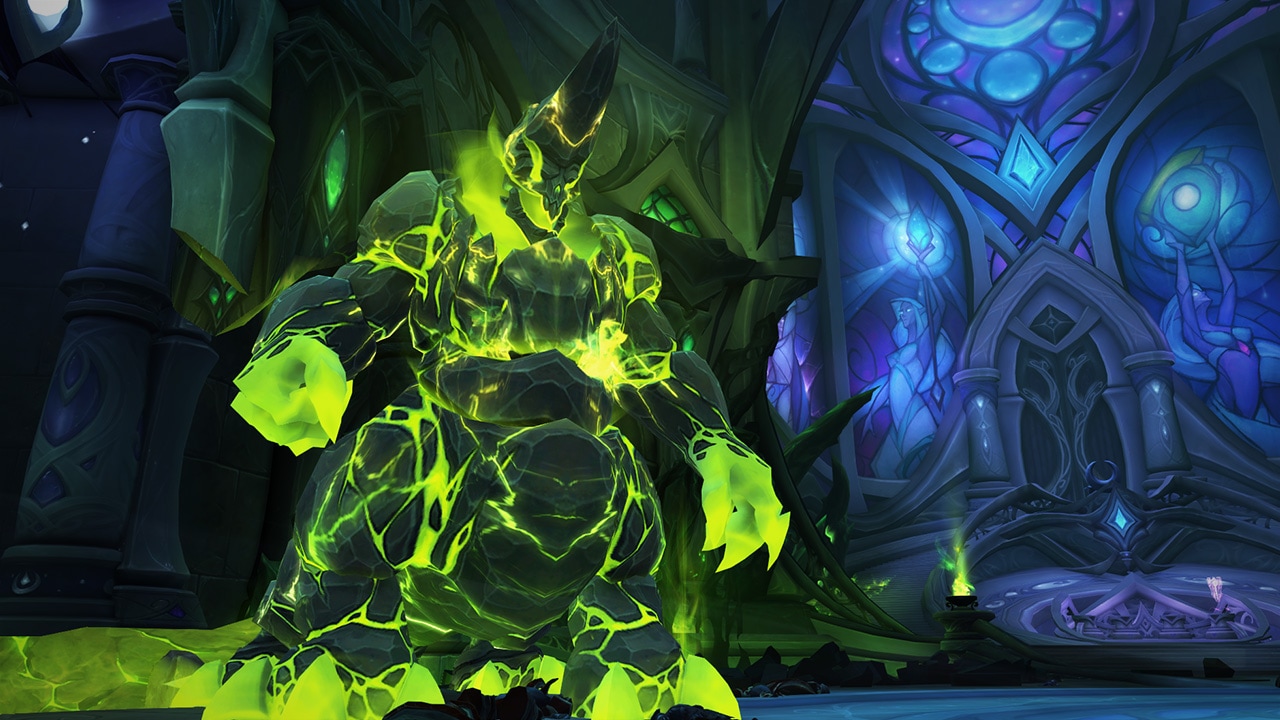 As punishment for past failures Goroth’s flesh is marred with searing wounds. With every movement this behemoth makes, his flesh crackles and hisses with unending torment, a scourge he is happy to inflict upon those who oppose him. 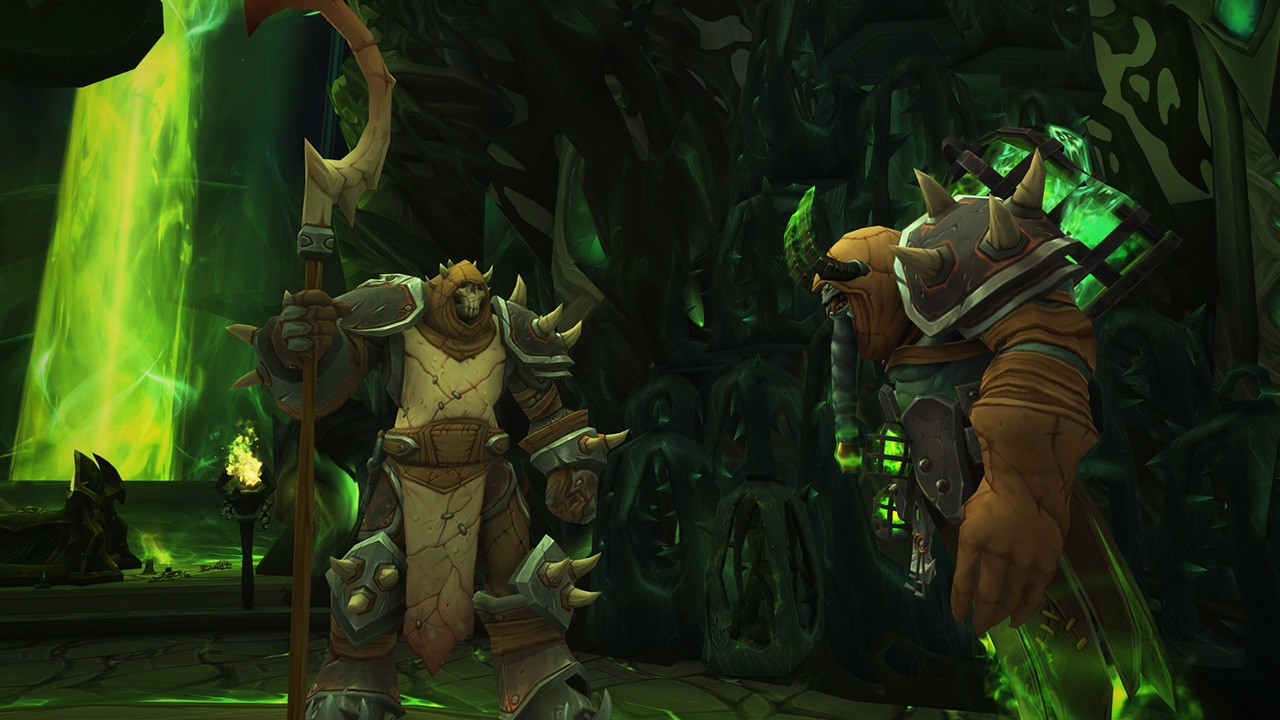 Anticipating the arrival of mortal forces invading the Tomb of Sargeras, Kil’jaeden has called on his best captors, Atrigan and Belac, to lock down the interlopers and prevent them from using the Pillars to advance deeper into the dungeon.

The arrival of the infernal lord Goroth also opens an ancient passage that leads outside the Tomb’s structure, into caverns surrounding its foundations. This allows the second section of the raid to have a significantly different feel from the rest, guiding players through a mix of natural caverns and ancient ruins as they contend with a host of Queen Azshara’s naga minions. This theming is also closely connected to the Tidestone of Golganneth, one of the Pillars of Creation that are the key to sealing the Legion assault of Azeroth. 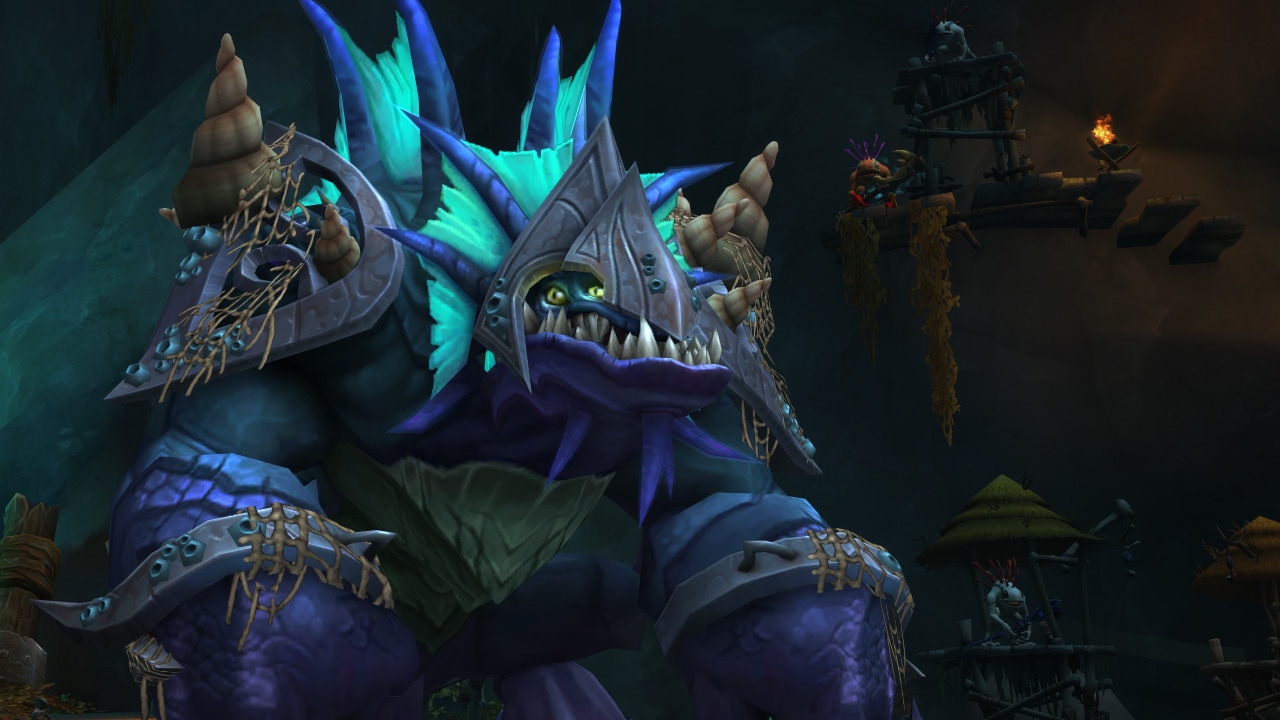 Harjatan was trained from birth to demolish his enemies. Through a conquest of savage brutality, he gathered throngs of cave dwelling murlocs who see him as a god. Now, the naga brute merely has to bark a command and hordes of devout followers set themselves to task. 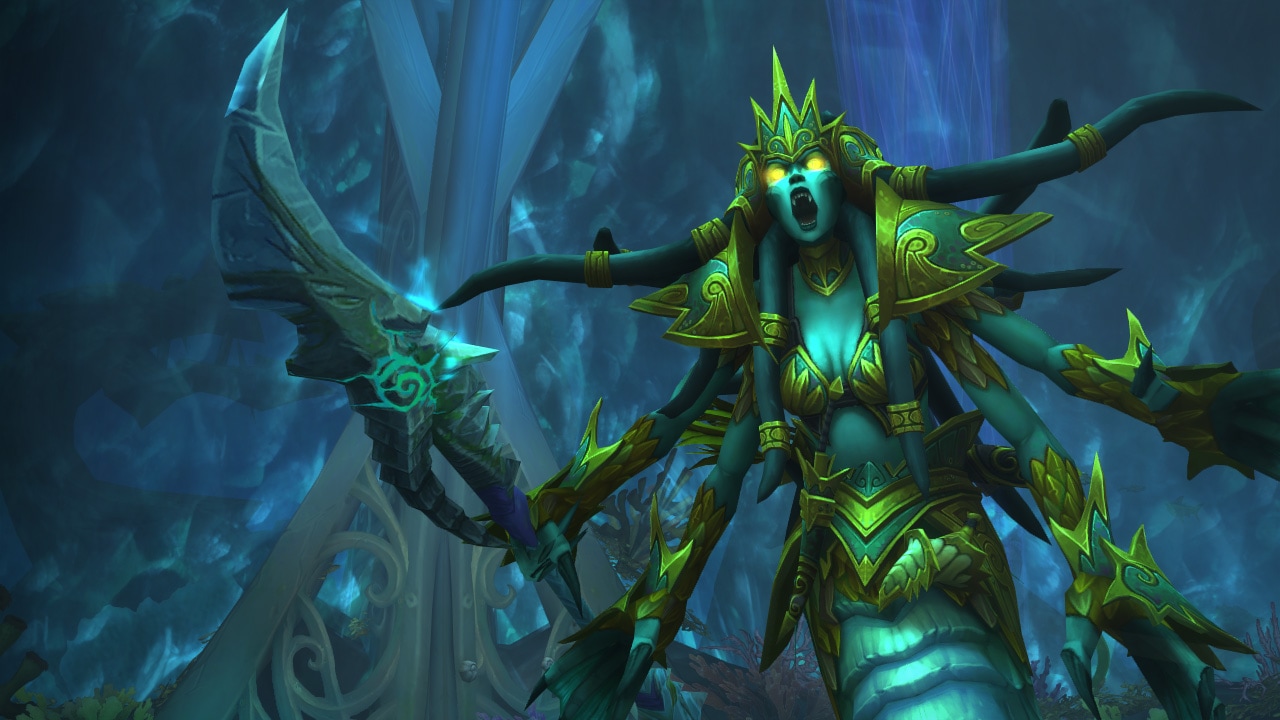 Mistress Sassz’ine has spent a lifetime binding the denizens of the ocean to her dark will. With this power, she summons nightmares from the briny depths to wash away any who dare challenge her.

After working their way through the waterlogged caverns beneath the Tomb, players emerge back into lower levels of the Tomb, previously sealed away from the world since ancient times. Thematically, this showcases the elven origins of the Tomb as the one-time Temple of Elune, pristine (though heavily cobwebbed!) and with a decidedly different color scheme than the black-and-fel of the entry hall. But, of course, the influence of the dark power that Aegwynn imprisoned beneath the Tomb has worked its influence upon these halls over the course of centuries….

Sisters of the Moon 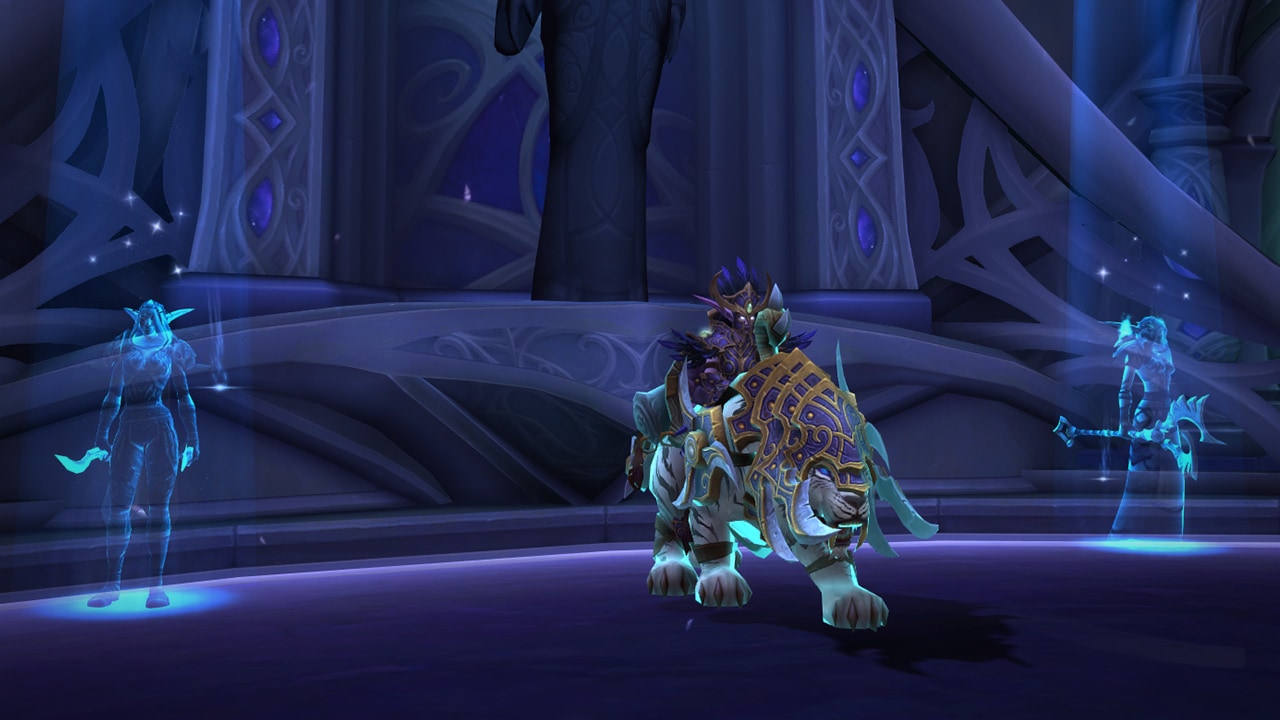 The Sisters of the Moon served as wardens for the temple long before the avatar of Sargeras was buried beneath it. Even in death, the sisters maintained their vigil, but over the millennia something twisted their ability to distinguish friend from foe. Their madness slowly consumed them, and now any who enter their sacred chambers are put to death. 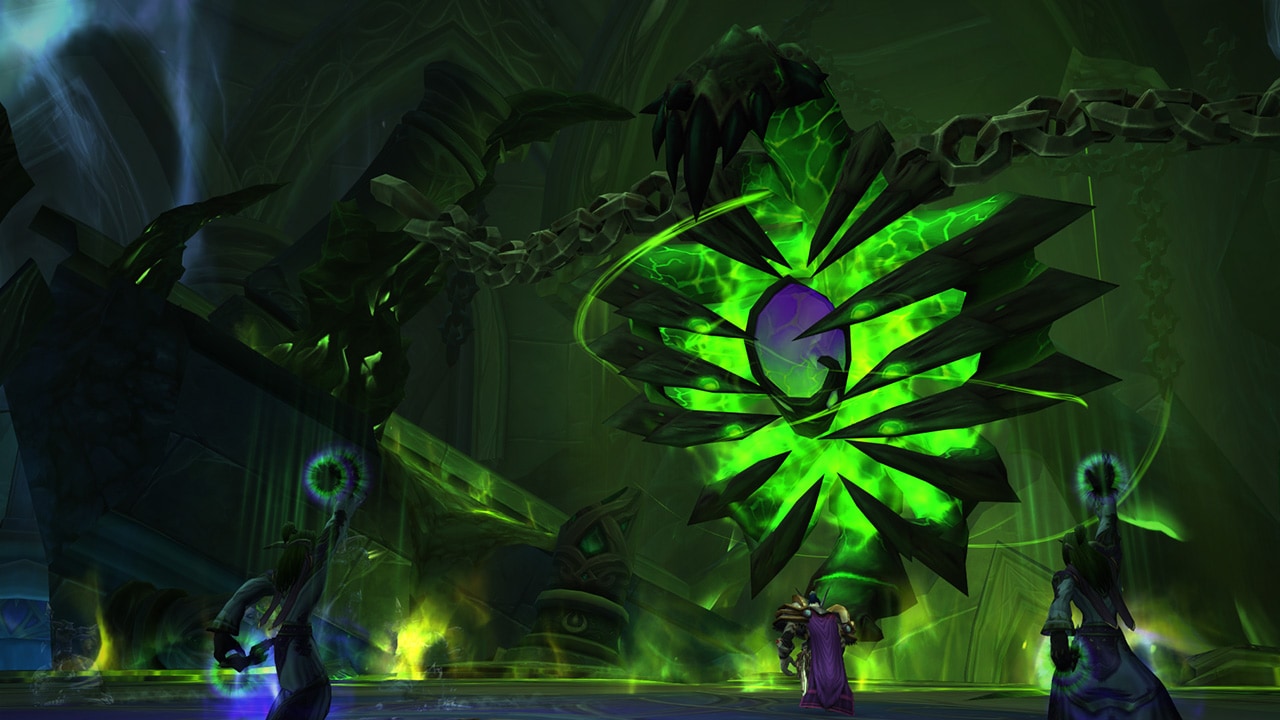 Once, this was a sacred burial site for the night elves, until the Legion corrupted these grounds with the Engine of Souls. This foul machine draws upon the energy of the dead, twisting them into abominations.These tormented spirits have become monstrosities, looking to feed on any who descend into the tomb’s depths.

Finally, players return to the entry hall of the raid, having used the Pillars of Creation to open a path leading to the final seal, located in the very chamber of the Fallen Avatar of Sargeras, miles beneath the surface. Both the architecture and the foes here reflect the influence of the titans: As mighty as Aegwynn was, a prison for the power of the dark titan was not to be solely of her own making. Crafting the chamber of the Fallen Avatar was a particular challenge, given the scale of the foe players would need to confront. The battle with the Avatar will destroy and transform the players’ surroundings, as they contend with both the threat posed by the blows of the Avatar, and with managing an ever-shrinking playspace.

Of course, the raid does not end with the Fallen Avatar. The battle against Kil’jaeden himself takes players far beyond the walls of the Tomb itself, and even beyond the bounds of our world... 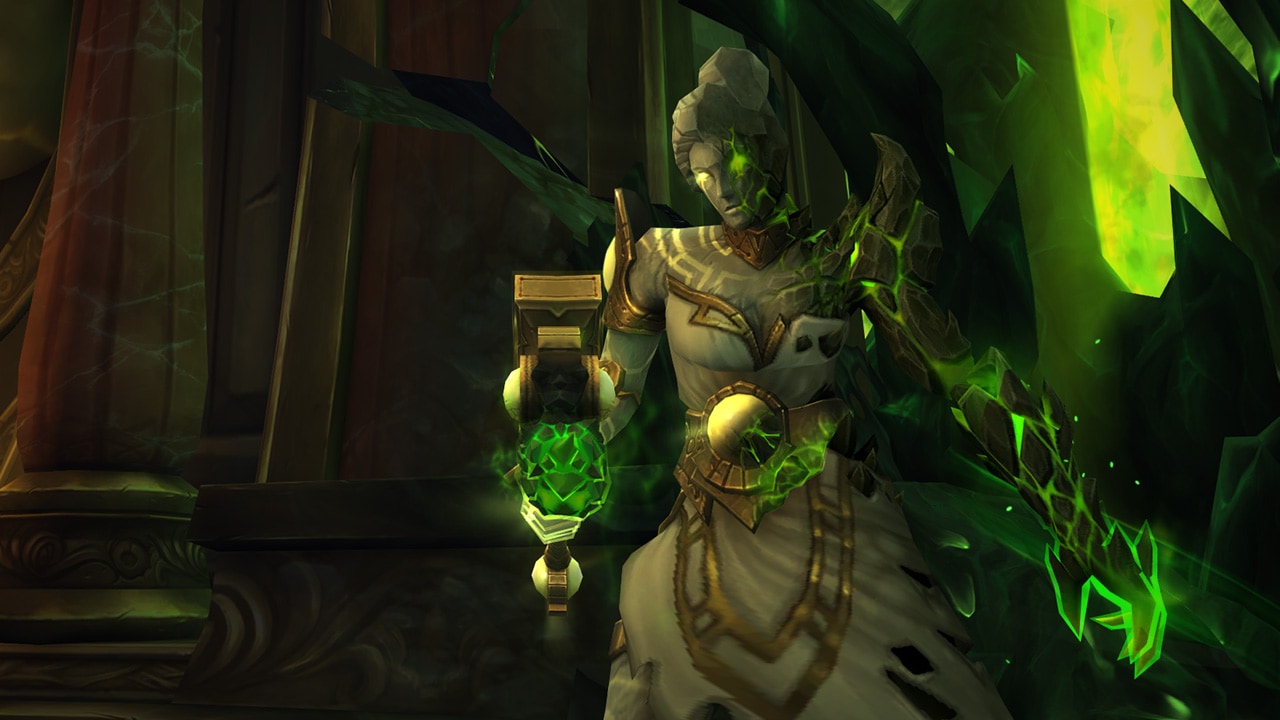 Charged by Aegwynn to defend the Tomb of Sargeras, the Maiden of Vigilance has stood watch for hundreds of years. Yet, the guardian did not foresee what effect the avatar’s seeping fel energy would have on this titan construct. Slowly warped by this maleficence, the maiden now seeks to destroy any in her path. 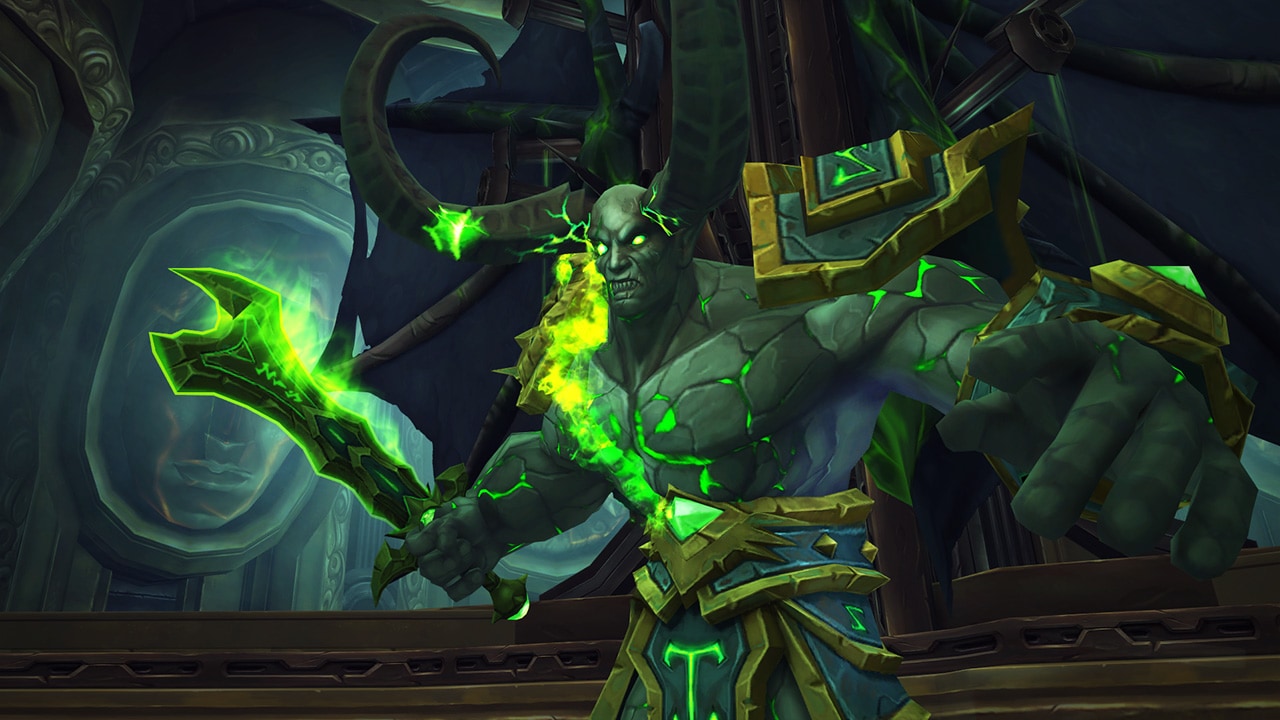 When Aegwynn defeated the Avatar of Sargeras, she was unable to destroy his avatar. In an effort to seal it away, the armor was entombed beneath the Temple of Elune, where it remained dormant for hundreds of years. Now, with the Legion tearing down the tomb’s barriers, Kil’jaeden is in a position to reanimate the armor and unleash its power on Azeroth. 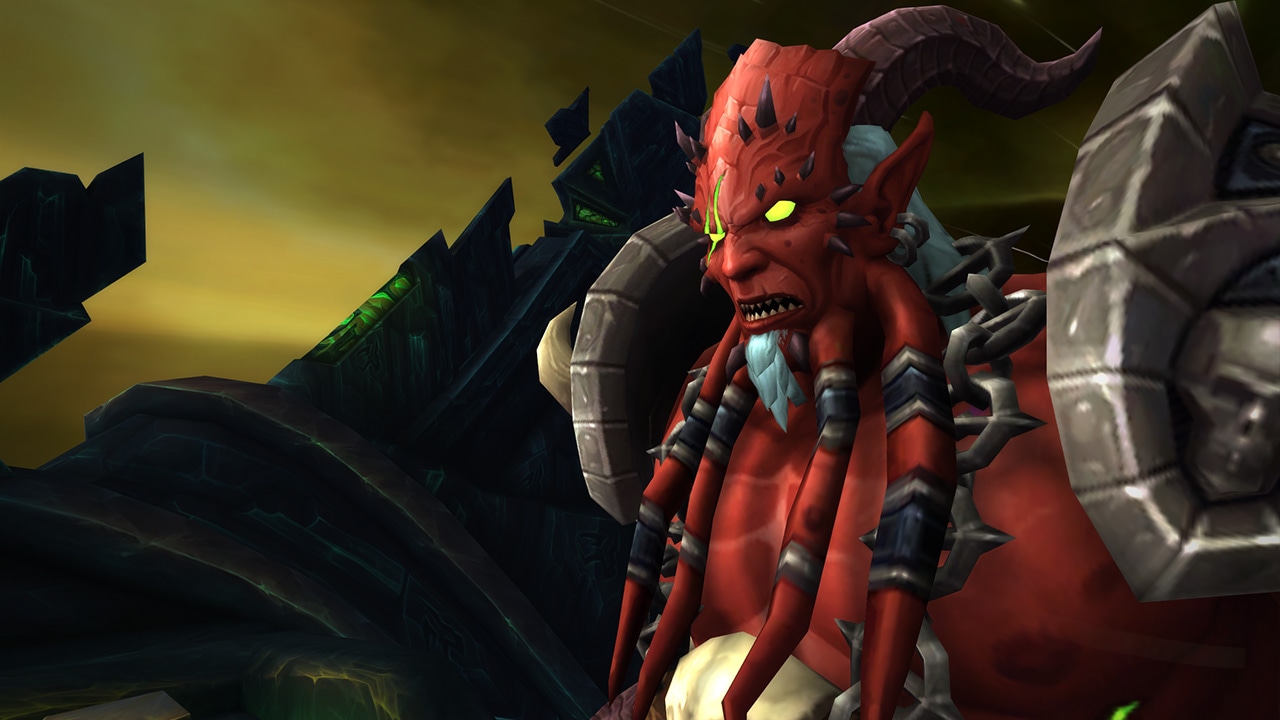 Since striking the bargain that chased the Draenei into the stars, Kil’jaeden believed the Legion could not be stopped—yet, none of his deceptions have prevented you from reaching this critical moment. Infuriated that Sargeras’ promise of victory has never come to pass, the demon lord prepares to face you himself, for a final battle that will shape Azeroth’s destiny forever.

We’ll see you in the tomb!