Disclaimer this is going to be a giant post with lots of small and inter-connected points.

The inspiration behind this post was the below video: 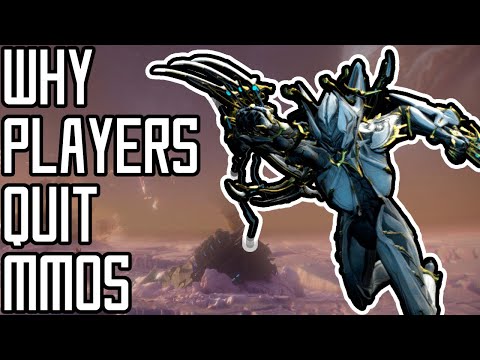 For this I gathered feedback from friends who started/joined the game again and my perceived perspective of the state of the game:

The act of picking a race and subsequently a class is quite overwhelming as your first action into the game. This process could do with some additional filtering, such as a role filter.
Each spec in the game is defined into one of three categories: Tank, Healer, DPS.
These three categories of playstyle are pretty universal in many games, so allowing players to pick from these instead of Race first could help with allowing new players to understand what they want to play.

I would suggest having a process as below:
Role > Class > Faction > Race

When you are starting the game and are not sure on what you want to play Class Trials are ideal, but as someone starting the game from scratch how am I supposed to know this exists? The amount of on-screen real-estate given to it is absolutely minor to the point that I actually didn’t spot it from a glance and had to look around my screen for it (it’s in the bottom right for those that did not see the red square I drew). 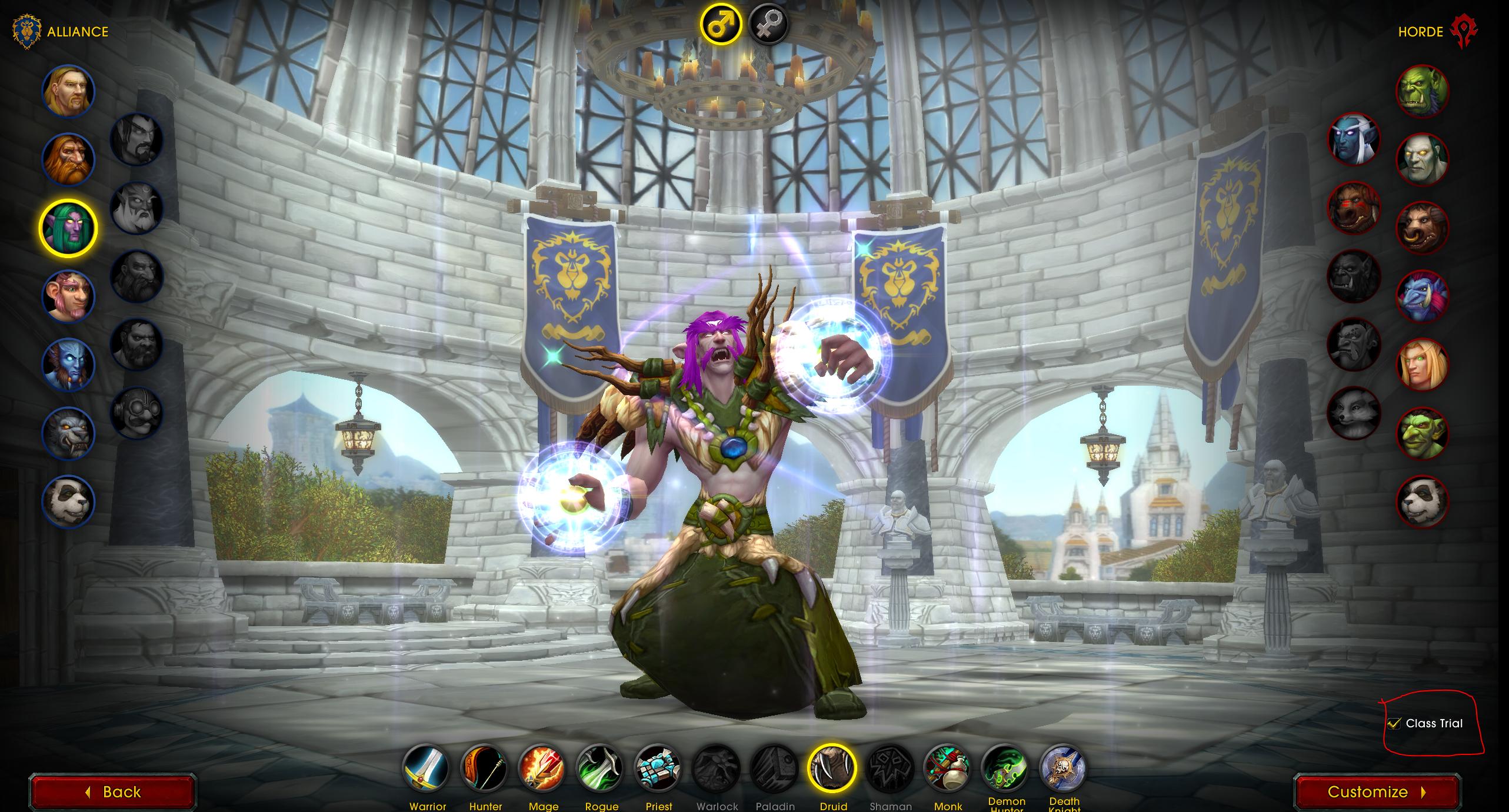 Upon starting the class trial I immediately get a gigantic splash screen of all the new stuff this patch. This is not relevant to a new player, it’s clutter.

The voice-acting makes a fantastic intro to how the spec functions (however there isn’t one for Tank/Healer?). But I only ever learn how a couple of spells work?

Feedback: Spells are not automatically put into your stance bar they’re put onto your main bar instead (which as a Druid can be problematic). I had to drag each spell from my spellbook which once again is really bad for a new player to feel stuck.

I do a trivially easy battle and then get chucked into expansion relevant content. This part is really lacking. As a Moonkin how does knowing how to put moonfire, sunfire on targets, using wrath/starfire (no mention of how eclipses function btw), and bashing out Starsurge prepare the player for the wider game?

The player is set up for failure.

The class trial should have levels imo and be expanded. The new player experience (and new to each spec experience) is vital to the retention of players.

To me it should be as follows:
Stage 1: Basics of the spec
Stage 2: Unlock cooldowns and briefly explain how they work (also explictly stating when you gain these abilities).
Stage 3: Talents - Picking some, moving spells to your action bar, using the spell (util spell for example).
Stage 4: Show how to change specialisation (and offer to repeat Stage 1/2/3)
Stage 5: Complete Class Trial and offer choice of moving to Exiles reach (Level 1), Deleting Character, Using Level Boost (with appropriate warnings to say this is a one time action per account and more can be purchased from the store).

If I were a new player and I engaged with the class trial and really vibed with my given choice, my next step is to. Delete the character and make it again? There should be an option at the end of the tutorial segment to either delete or push to level 1 in Exiles Reach.

The Mage tower was a huge success in this area as it provided the player with a true challenge that ultimately led to the player becoming better at their class/spec.

Whilst in Legion this could be outgeared and the challenge was no longer there, the Shadowlands iteration was better as it had the player at a kind of template, but I would say that if more content were to be added to the game like this, it should be a full template and the focus is on player optimisation.

A full template will also mean that there is a low barrier to entry (level and which ever story-related content is required to unlock if any).

Players have to wait a very long time to get into groups and a cross-expansion LFG is only offered once you have been in the queue for a long time. This should be the default and there should be some preference for dungeons where you have quests.

This can be a quitting moment. You are just stuck very early on, having to sit in long queue times which gives the perception of a dead game

This can also be expanded by making level dungeons permanent Timewalking for the normal mode variants, heroic should be explicitly for Timewalking events, but normal dungeons should be perpetually available for higher-level players to queue into and expand the pool of content significantly.

I’d even say that these for max level players should always offer a satchel containing expansion relevant goodies.

So this would mean that people who are farming Invincible/Mimirons Head would want to do WotLK normal dungeons for the satchels as an alternative means of obtaining the mounts and also increase the pool of players in those levelling dungeons as an example.

When you hit max level as a new player/character you are immediately many steps behind what a true max level character is and this has been the case for the last few expansions.

To use examples from this expansion before you even consider gear.

When you’re faced with this giant mountain to climb before being able to engage with the wider game, why climb?

After all of this, when you’ve overcome this challenge you have to gear up. The way that gearing is set up in WoW is that you need to do grouped content. Whilst this can be argued as a necessity of the genre, players need to build confidence and solo content facilitates this.

This reddit thread summarises the experience better than I could:

r/wow - Recently came back and started levelling a pally tank. This is what... 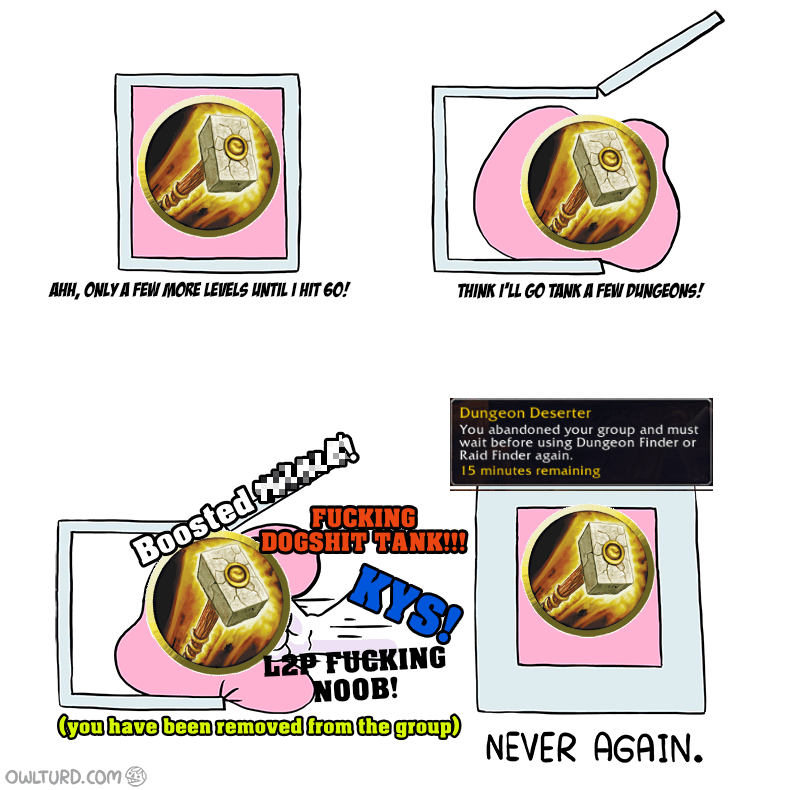 Other games handle this concern by allowing players to queue into dungeons with NPCs. Whilst the dungeon run will be slower, its a stress free environment where the player can familiarise themself with the game before playing with others.

I would also personally lean into this harder than it is now with “Newcomer Chat” imo not being as much of a success as it could have been.

Have a flag in the LFG tool to allow you to find groups with newcomers in them to act as the dungeon guide (which is already in the game iirc, having multiple of these are fine but is right now restricted to one and just makes this person group lead) .

This would make it a clear opt in to play with new players who are flagged in the newcomer chat and need guidance. Should provide a reward for the guides to opt into what is absolutely 100% going to be a slower experience but encourages a more welcoming game experience.

However, there comes an issue with policing and abuse. Right now in the game this is absolutely minimal and I can see something like this being exploited or people remaining to be harsh to newer players. Should there be a desire for manual review of these cases in particular then that’d be great.

The punishment for being rude in game simply isn’t there, and if you come across a group of rude people and you decide to talk back? Well you’ve got yourself a chat ban which was completely automated and orchestrated by this group. The player who was doing the right thing is punished and has to actively waste their time to remove the ban from their account which leads to the bystander problem.

The last few expansions have not iterated on the classes much and instead this iteration has happened to expansion level systems (Artefact Traits, Azerite Power, Conduits). When the expansion ends you’re left with a shell of a character rather than the fully fleshed out character you had weeks prior.

A seperate point to raise about this expansion is Legendary Recipe acquisition. There are many tied to Castle Nathria and the easiest way to get these are to sit in absurdly long LFR queues for Castle Nathria.

I’d argue that old tiers should offer Satchels as a way of incentivising people to run this content. Currently there are no groups, but also no incentive to do it? Seems kinda weird when this was the reason for the Satchel in the first place.

Whilst you could use the random legendary item to learn these powers the odds of you getting the one you need are low as you can get ones from any spec, so the best time commitment for the player is to sit in these queues for Nathria.

A seperate point to raise about this expansion is Legendary Recipe acquisition. There are many tied to Castle Nathria and the easiest way to get these are to sit in absurdly long LFR queues for Castle Nathria.

Thanks for the feedback!

We’ve seen how many players are having a hard time finding groups for Castle Nathria to obtain the Legendaries from that raid. With a hotfix that we’re implementing soon today, we’re going to provide an option for returning players and alts to get these Memories through gameplay other than the Castle Nathria raid itself. Legendary Memories that were previously obtainable only from Castle Nathria can now also be purchased from Rendle, who now appears in both Castle Nathria and in Haven. Rendl…