You know the score. The Lich King, perhaps Azeroth’s most infamous villain, is returning. The last time he set his eyes on a goal, it didn’t end well for anyone involved—just ask Illidan Stormrage. But before you can take the fight to Northrend, first you must deal with more pressing matters. The Lich King is already making his first move, eager to stop Azeroth’s greatest heroes dead in their tracks—quite literally—with a fresh variant of the Scourge plague. It is up to you to survive it if you hope to journey to the frozen wastes of Northrend to stop him.

Starting the week of September 6, astute observers will notice shipments of Conspicuous Crates arriving at less than reputable ports like Booty Bay. These highly contagious containers will infect anyone who touches them with a deadly variant of the Scourge plague. If you need assistance to avoid a grisly death, look for a nearby Argent Healer to cleanse yourself. Player characters capable of dispelling diseases can also help you recover… for now.

If you’re unable to get rid of the disease, you’ll become a Plague Zombie. While you’ll still have control of your character, you will no longer have access to any abilities you had while living (or unliving, if you were Forsaken). Instead, you’ll gain new abilities that will help you accomplish your new goal as a servant of the Lich King: to infect as many people as possible! As a zombie, you can use the following skills against players and NPCs alike:

Any targets you infect will eventually become Plague Zombies if not treated. In time large populated areas will become too dangerous to dwell in. If you’re looking to avoid infection, it is best to avoid these places *ahem* like the plague.

If you get killed as a zombie, you can be resurrected by another player, by the spirit healer, or by running back to your corpse. Once you return to life, you’ll be back to normal, but you can still be re-infected, so be on your toes! 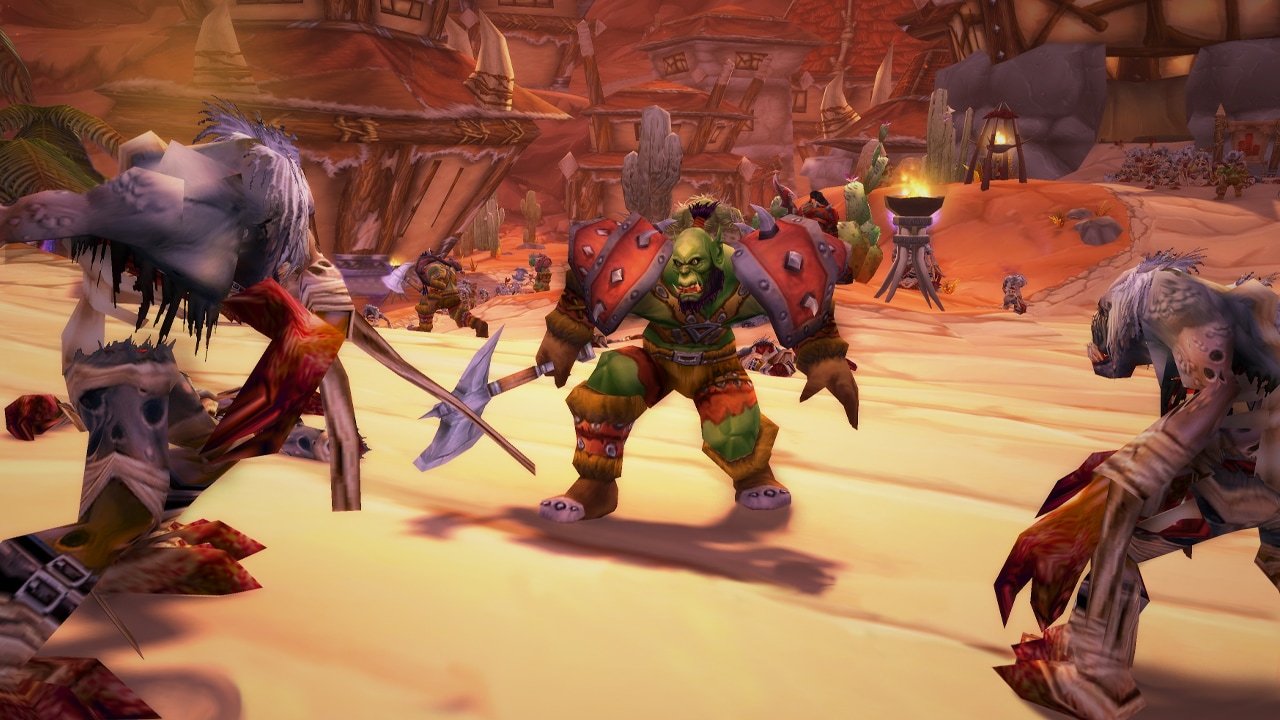 As the week progresses, more Conspicuous Crates will be delivered to every capital city in the Eastern Kingdoms and Kalimdor. Beware of vermin like Plagued Roaches as they can spread the plague, even when dealt with from a safe distance. The infection’s incubation time will become shorter and shorter, and harder to overcome. Plagued Residents, former common citizens unable to fight off the plague, will also terrorize starting areas, bringing additional challenges for fledgling heroes to overcome.

Over time, the once plentiful Argent Healers will see their forces spread too thin to contain the infestation, and the plague will become more and more resistant to magic. And this seemingly unstoppable disease is just the beginning….

Starting the week of September 13, the Scourge Invasion will begin. Having survived the assault on Naxxramas (you wouldn’t know anything about that, would you?) Kel’Thuzad is ready to once more advance the Lich King’s efforts by striking at strategic locations all over Azeroth. The dread citadel Naxxramas has left the Eastern Plaguelands for good, absconding to the icy continent of Northrend.

In addition to dealing with the ever-growing Zombie Infestation, you’ll be tasked with investigating the Scourge activity within the major cities and thwarting invasions throughout Azeroth. Keep your eye on your map (M) to locate activity hotspots and put a stop to them.

In each invasion point, you’ll engage with rare undead who each have a chance to drop various helpful items. Find the Argent Quartermaster, located outside of Light's Hope Chapel in Eastern Plaguelands to exchange items obtained from invasion points for various goods, including parts of the epic Undead Slaying and Undead Cleansing sets. 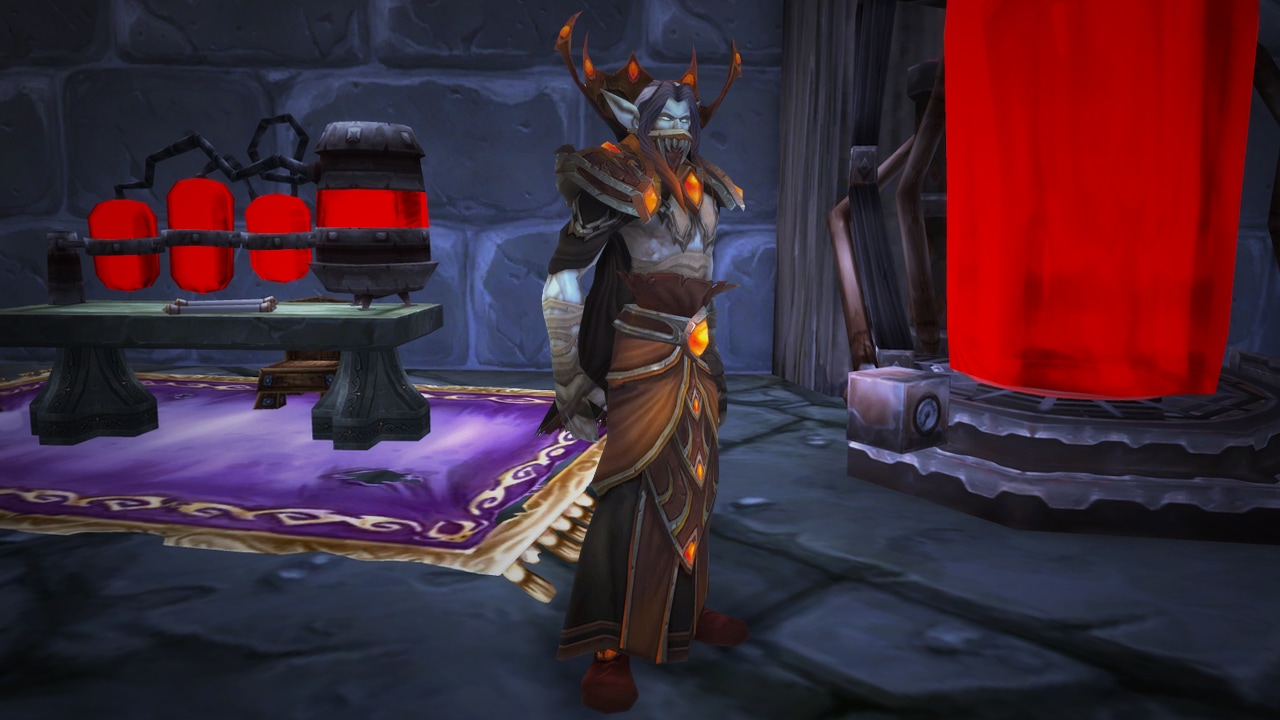 Level 70 players can obtain a raid quest in any capital city in Azeroth (Chamber of Secrets) to hunt down and destroy Prince Tenris Murkblood in Karazhan. The prince can drop the Vampiric Batling pet and the coveted Arcanite Ripper. This two-handed axe is guaranteed to rock the casbah. 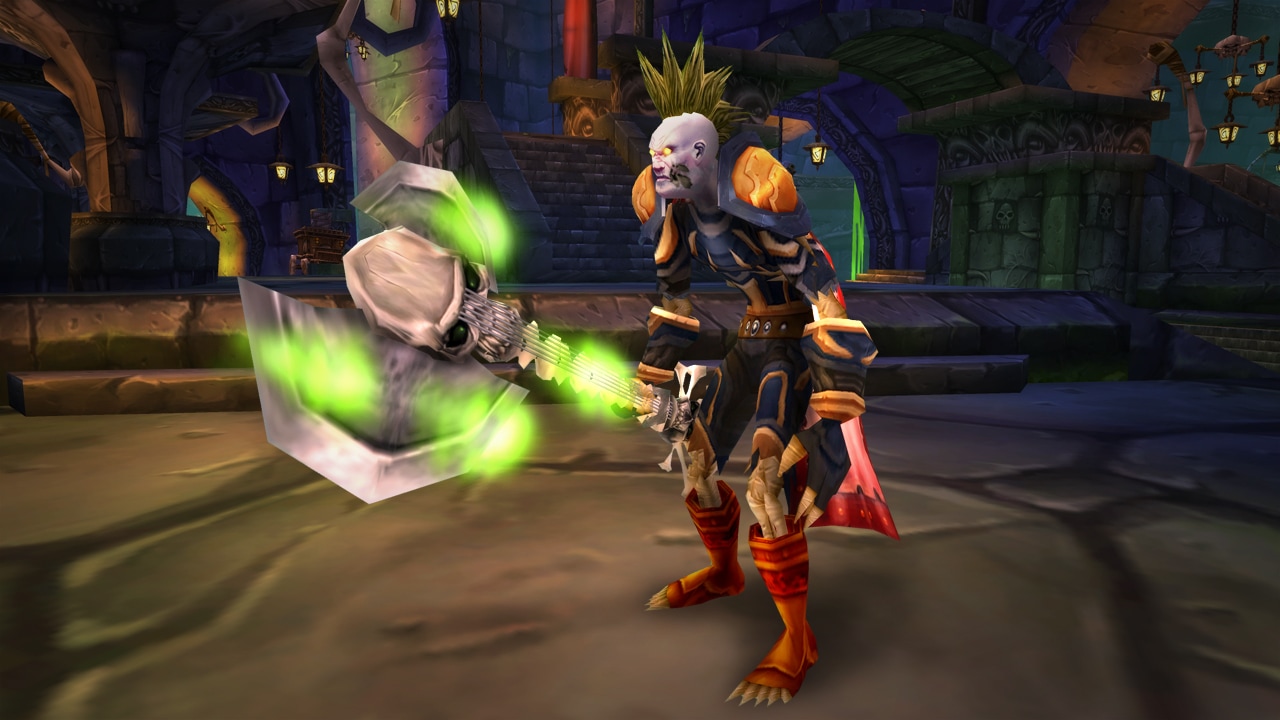 All good(?) things must come to an end. Eventually the Alliance and the Horde will work together to find a cure for the Zombie Infestation and push the Scourge back to where they came from. The Lich King’s plans will be temporarily halted as the pre-expansion events end and Wrath of the Lich King Classic launches—just in time for you to hop on the nearest langskip to Northrend. Savor your victory, hero… while you still can.