Shadowlands: Journey Through the Gates of Zereth Mortis

Venture into a land unlike any other and unravel its mysteries.

Tucked away in the fabric of the Shadowlands itself lies Zereth Mortis. Created by the First Ones as a workshop to forge afterlives, its denizens—the automa—have built all that exists in the Shadowlands. It is an otherworldly location that defies all concepts of reality or physics. 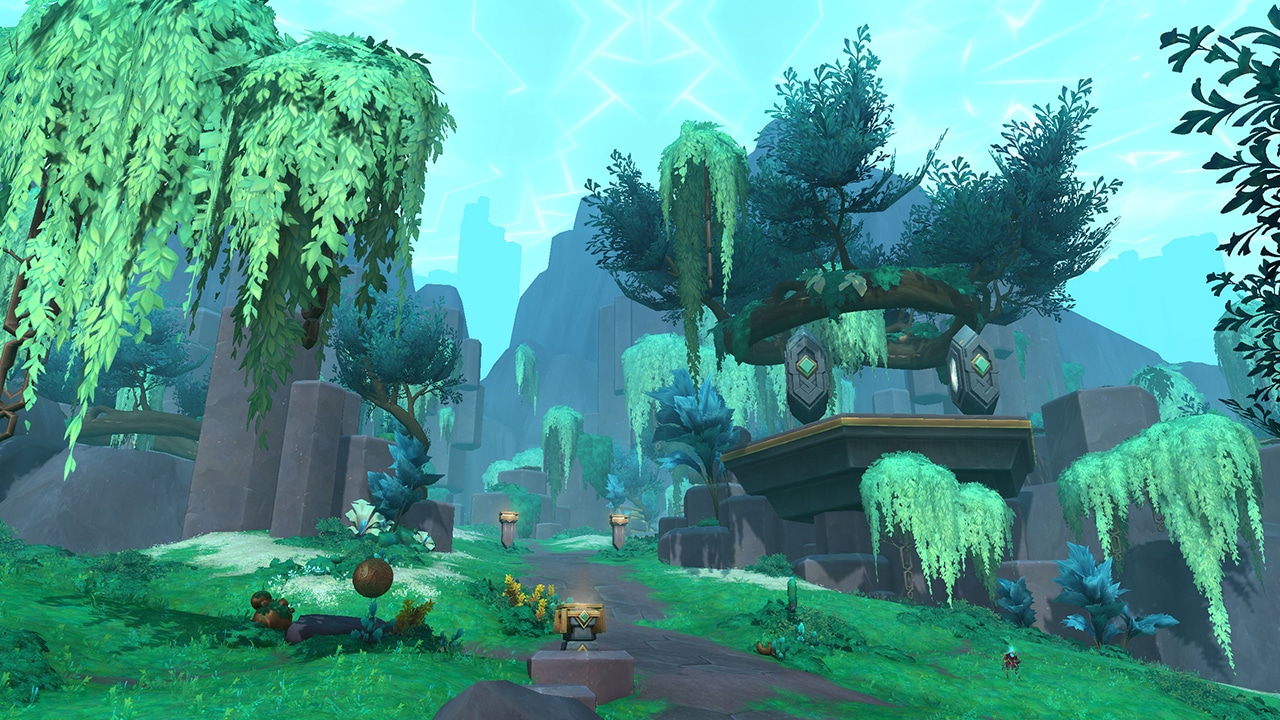 It's here in this strange land that you'll meet new allies, delve into the runic and lyrical language of the automa, and engage in the campaign to push back the Jailer's forces before he reaches his end goal within the Sepulcher of the First Ones.

Note: No water shoes required. You’ll be able to walk on the waters of Zereth Mortis without the use of your mount or spells.

With the aid of the Primus, you and your allies will establish a path to Zereth Mortis. The fate of the Shadowlands and all the realms beyond is at stake.

The Road to Haven

Once you've passed through the gates of Zereth Mortis, you'll meet Firim the Mad, who will help introduce you to the land and set you on your way to Haven. Serving as the base of operations for the Enlightened, you'll meet up with your allies here and begin a new campaign.

Note: Within Haven, players will be able to purchase tokens from Hadja and buy ilevel 226 gear for anima. Don’t worry if you don’t have the anima to spare. You’ll be able to earn gear as you progress through the zone campaign or from killing rare enemies.

Find common ground with The Enlightened to succeed and defend Zereth Mortis. 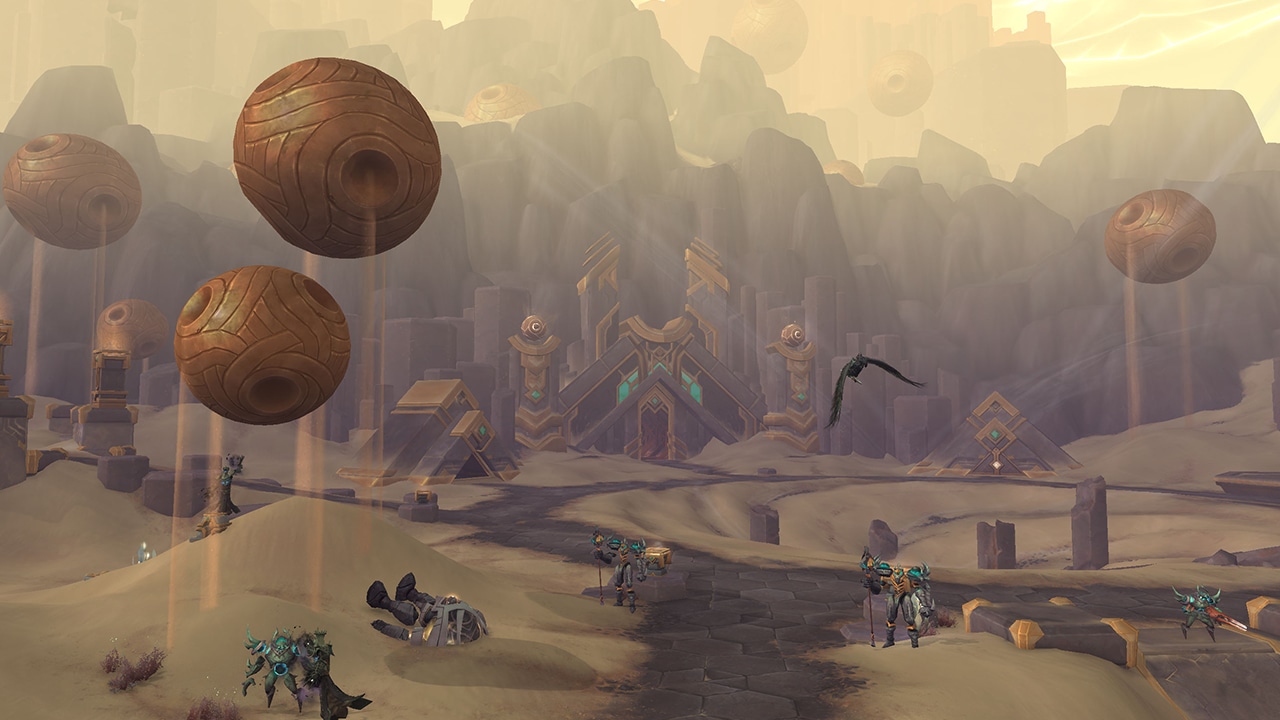 Once members of the Cartel Al, the Enlightened have abandoned the pursuit of profit and glory out of devotion to the First Ones. By earning their favor, the brokers may be willing to share the knowledge they have gleaned.

As you aid them in a new campaign in defense of Zereth Mortis against the Jailer's forces, you'll gain access to a variety of additional pets, mounts, and rewards.

Note: These are the Ways—To make your travel a little easier, you’ll want to keep an eye out for waystones (Ancient Translocators) which work similarly to flightpaths and can transport you from location to location.

Decode the Cypher of the First Ones

The automa of Zereth Mortis speak in a musical language that is incomprehensible to mortal races. Team up with a curious automa sidekick in this new progression system to learn the lost language of the Progenitors and delve deeper into the secrets of Zereth Mortis, unlocking an array of new zone activities, daily quests, events, and rewards.

After completing the first three chapters of the Eternity's End campaign, you'll make a new automa friend—Pocopoc—and unlock the Cypher of the First Ones system. Pocopoc will serve as a valuable ally helping guide you toward unlocking more of the language of the First Ones and aid you as you progress through the zone.

The Cypher System is key to the outdoor progression system in Zereth Mortis. Gaining advances in the system will ultimately allow you to earn raid-level gear from outdoor content, with an ilevel of 252, equal to what you would find on a Normal-difficulty Sepulcher of the First Ones raid boss. 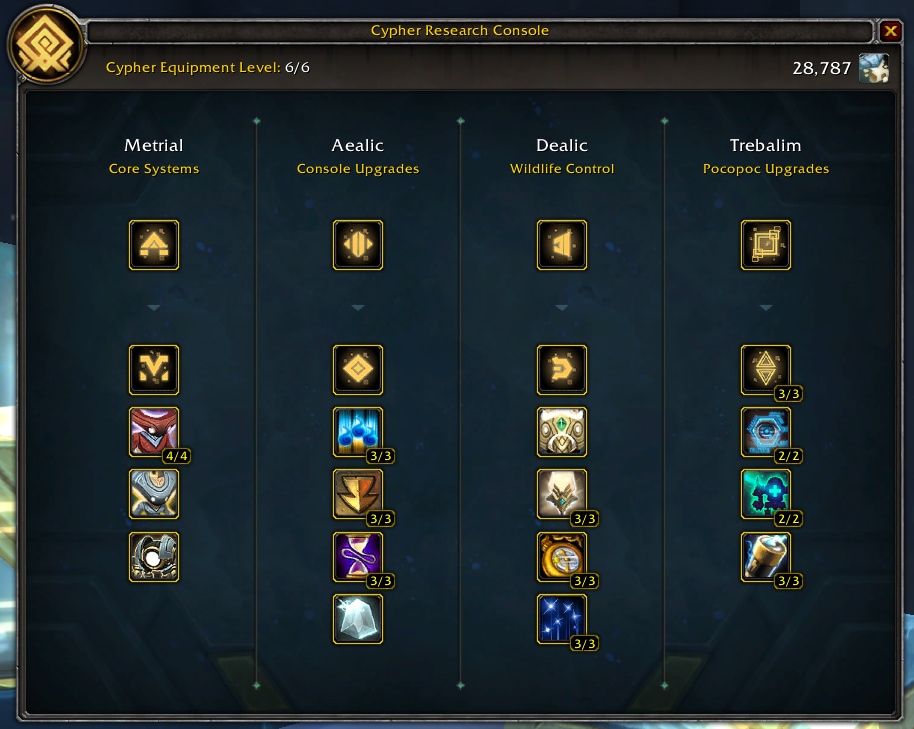 On the Cypher console, in addition to the various Cypher research that you can unlock, you'll see a number labeled "Cypher Equipment Level." This number starts at 1 and increases up to 6. You won't need to research a specific talent for it, though you'll increase it by researching any talent at the Cypher console.

You'll be able to earn Cyphers of the First Ones currency through a variety of activities that you can use to research and unlock additional understandings to enhance your experiences in the zone. The more Cyphers you earn and spend, the higher that level will go. You'll earn Cypher gear as you progress through the zone campaign and the occasional side quests, but you'll also be able to collect this gear from the Cypher-Bound Chests across Zereth Mortis. When you get a new piece of Cypher gear, its item level will be determined by your current Cypher Equipment Level.

For each Cypher Equipment level you gain access to, you'll be able to get gear with the following item levels:


You can find Cypher gear for all armor slots, but not weapons.

What's more, there are special abilities found only on Cypher gear armor pieces that can help you in your adventures in Zereth Mortis (and, in some cases, elsewhere in the Shadowlands). You'll be able to have up to three of these abilities at a time, and these abilities will scale in power with your current Cypher Equipment level, no matter the ilevel of the item in question. 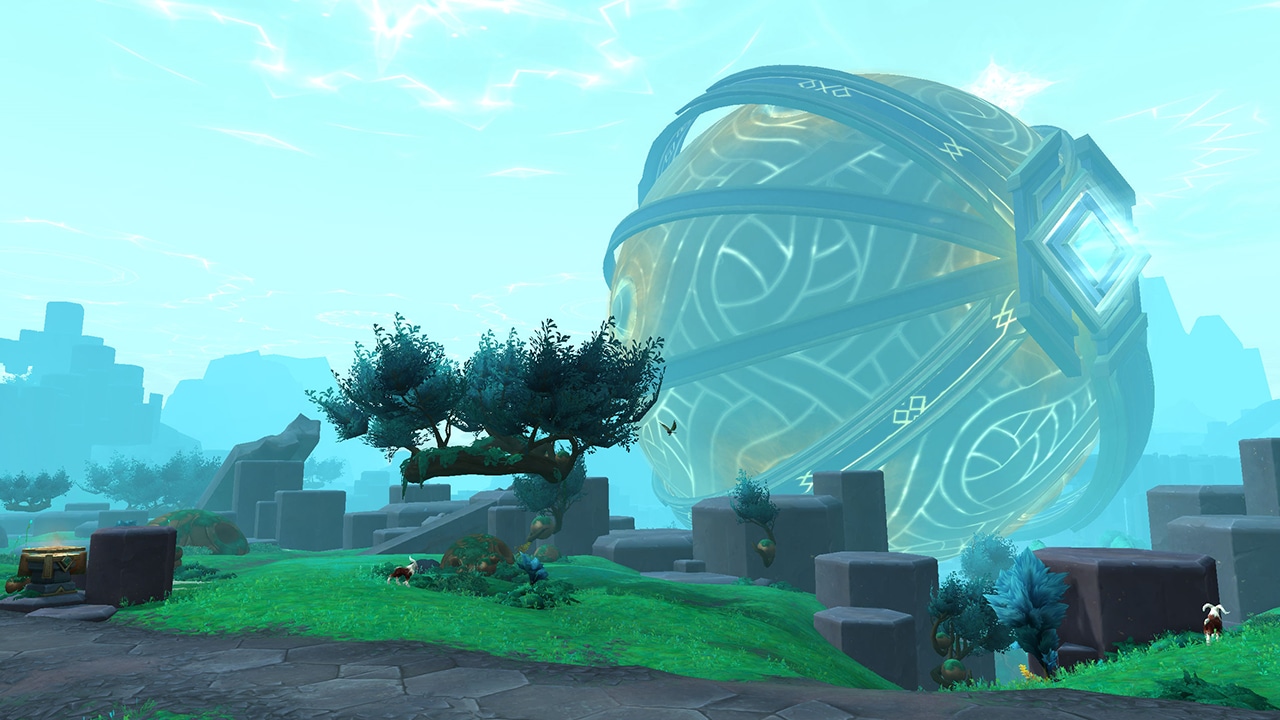 Along the way, you'll gain access to the Forge of the Afterlives in the heart of Zereth Mortis. This mysterious sphere is a powerful instrument of creation left behind by the First Ones. As you collect various reagents in your explorations, you'll be able to utilize Protoform Synthesis to create over 50 Zereth Mortis-themed mounts and battle pets.

Zereth Mortis provides a variety of outdoor content to do while solving its various puzzles and mysteries.