Beginning August 18, the Mythic Dungeon International (MDI) returns for Shadowlands: Season 2 with a new format, only on YouTube!

With $380,000 (USD) on the line, MDI’s next season is set to escalate dungeon-running to a whole new level. Over the last few years, we’ve been consistently improving upon the MDI structure based on a combination of player and viewer feedback as well as our own experience managing competitive PvE. For Season 2, we are iterating even more as we step away from Cups and bring in a new structure. Prepare yourselves for the next evolution of the Mythic Dungeon International! 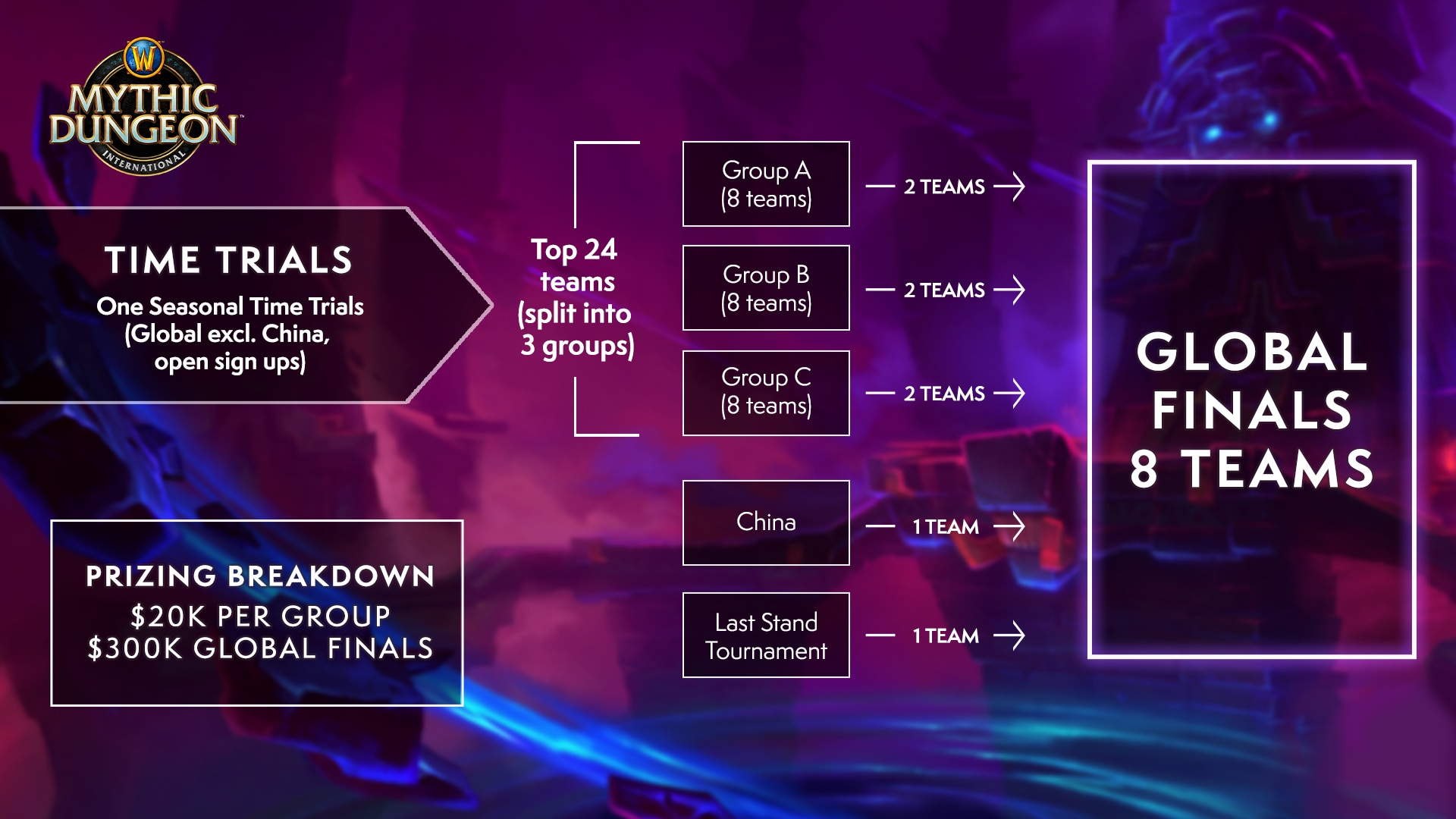 Following the success of Season 1 and The Great Push, we are set to test the boundaries of what the core-MDI program can do while challenging teams to prove themselves as the best dungeoneers in the world. Throughout Season 1, teams struggled with the extensive time requirements to compete in weekly time trials just for their shot at the broadcast Cups. This format led to player fatigue while it also risked diminishing the stakes of matches as many of the same teams kept advancing to the Cups each week.

For Season 2, we are introducing a new three-phase system that aims to lessen demands on each team while ensuring that every single moment truly matters. Time Trials will determine teams advancing to the group stage, where there will be $80,000 in prizing split across four weekends. The top six teams from the Global Region groups, the top team from China, and a final team from the new Last Stand Tournament will advance to the Global Finals where a $300,000 prize pool will be up for grabs. 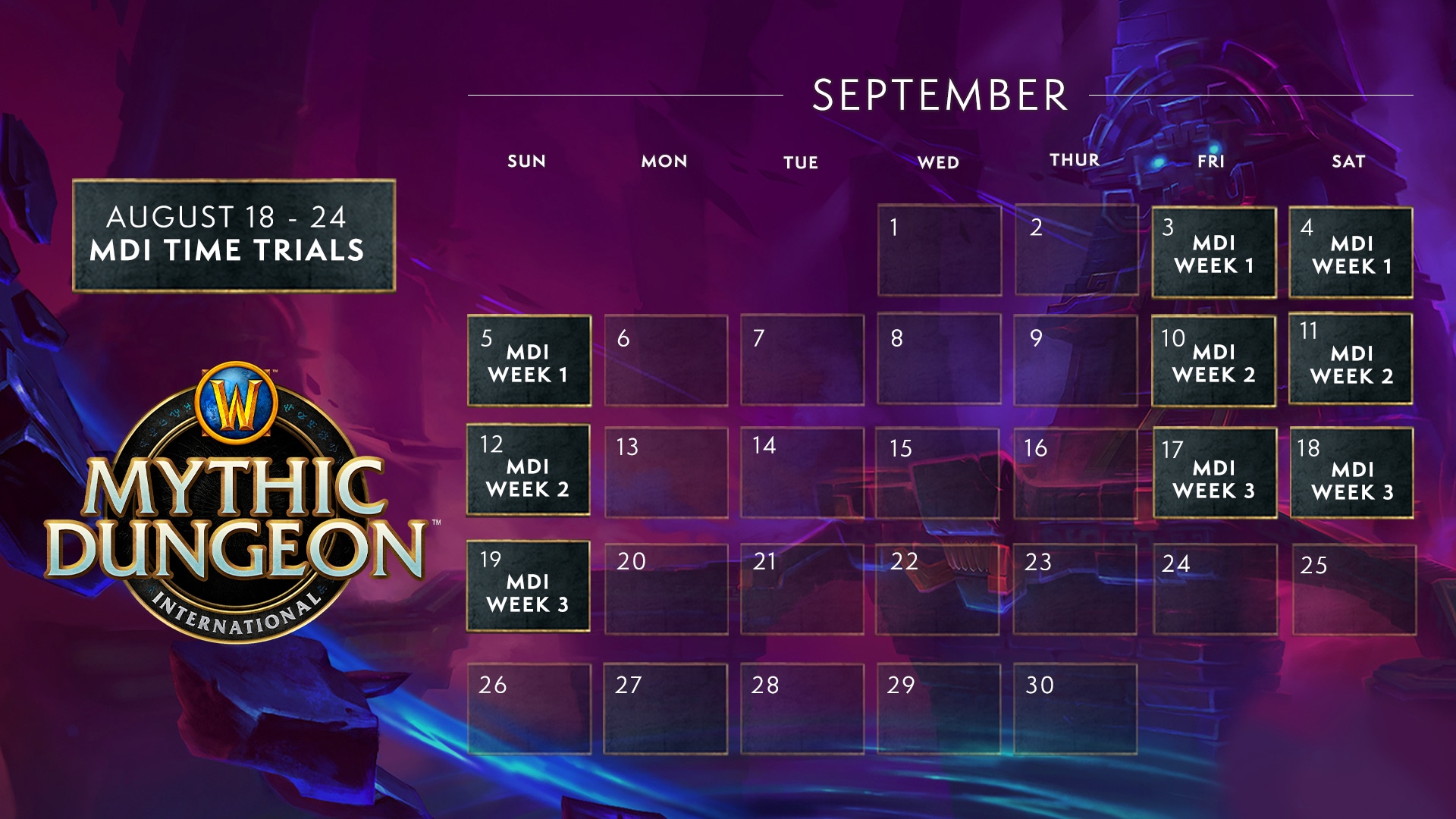 In addition to the group structure, Season 2 will also see teams competing across the Shadowlands dungeons while utilizing the new Seasonal Tormented Affix. Be sure to head over to Gamebattles to register for your shot at the total $380,000 (USD) prize pool and title of MDI 2021 Season 2 Global Champions!

For more information on MDI, including more details ahead of Season 2 as well as the upcoming Burning Crusade Classic Arena Tournament and Arena World Championship Season 2, be sure to follow WoW Esports on Twitter and subscribe to catch every match on YouTube. We’ll see you on De Other Side.