Demetrious Johnson is for the Horde. He’s married with two kids, a Rogue main whose favorite pastime is ganking the Alliance in War Mode. He’s also known as Mighty Mouse, the inaugural and former UFC Flyweight Champion, now signed to ONE Championship, the prominent Singapore-based MMA league. 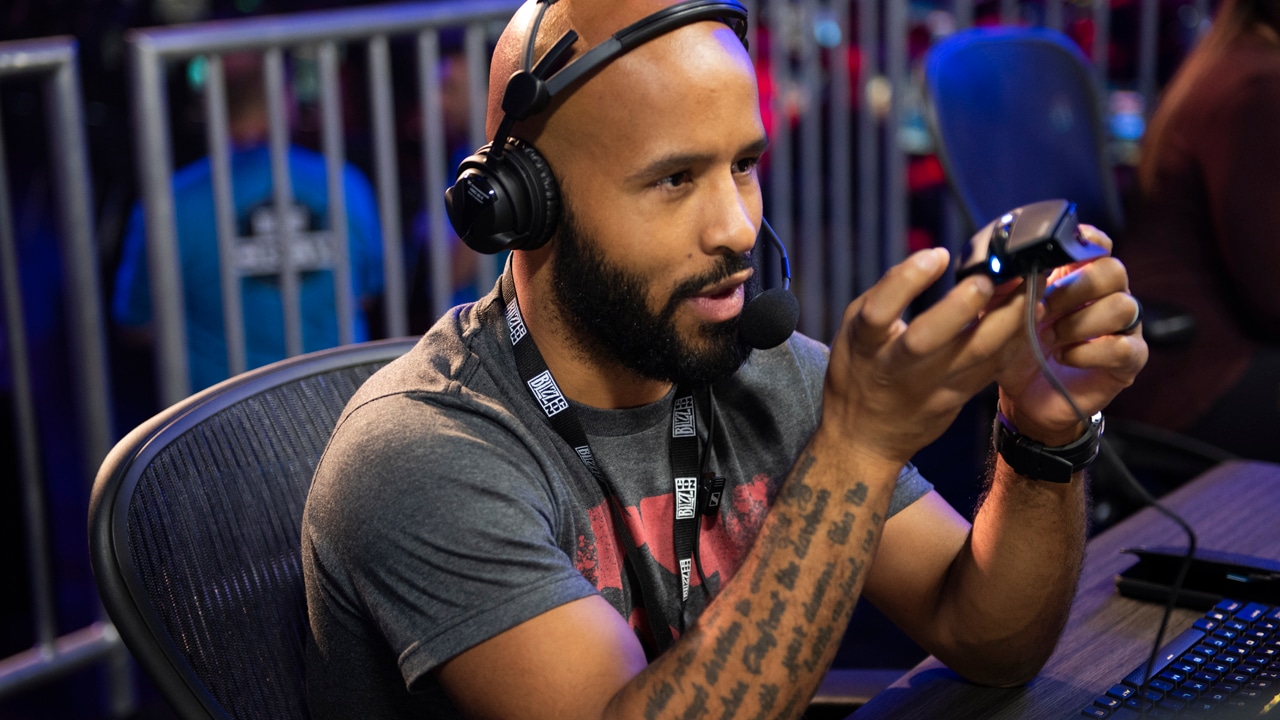 For Johnson—or DJ, as he’s known—the journey in World of Warcraft began with Burning Crusade. “I was at the gym training and a buddy of mine was in it. He was like, ‘Dude, you’ve got to try this game called World of Warcraft.’ I was like, ‘I’ve never heard of it!’” DJ said, laughing. “He was like, ‘Dude, they just came out with the Burning Crusade!’ So, I went and grabbed my first copy of WoW. I remember it had a Blood Elf and a Draenei, and you opened it and it had Illidan in it. That’s when it all started—I went straight to Horde, I made a Blood Elf.”

He was instantly hooked and has many great memories from that time. “Running Karazhan—the dinner part with Moroes, fighting him and him going around backstabbing everybody, and when the Mongoose enchant first dropped. Burning Crusade is just really, really dear to my heart because it was the first time I jumped into it. I did play Warcraft 3: The Frozen Throne, and it ends with Illidan being sent to Outlands, so seeing the continuation of Illidan’s pilgrimage in Outland, I just loved it.” 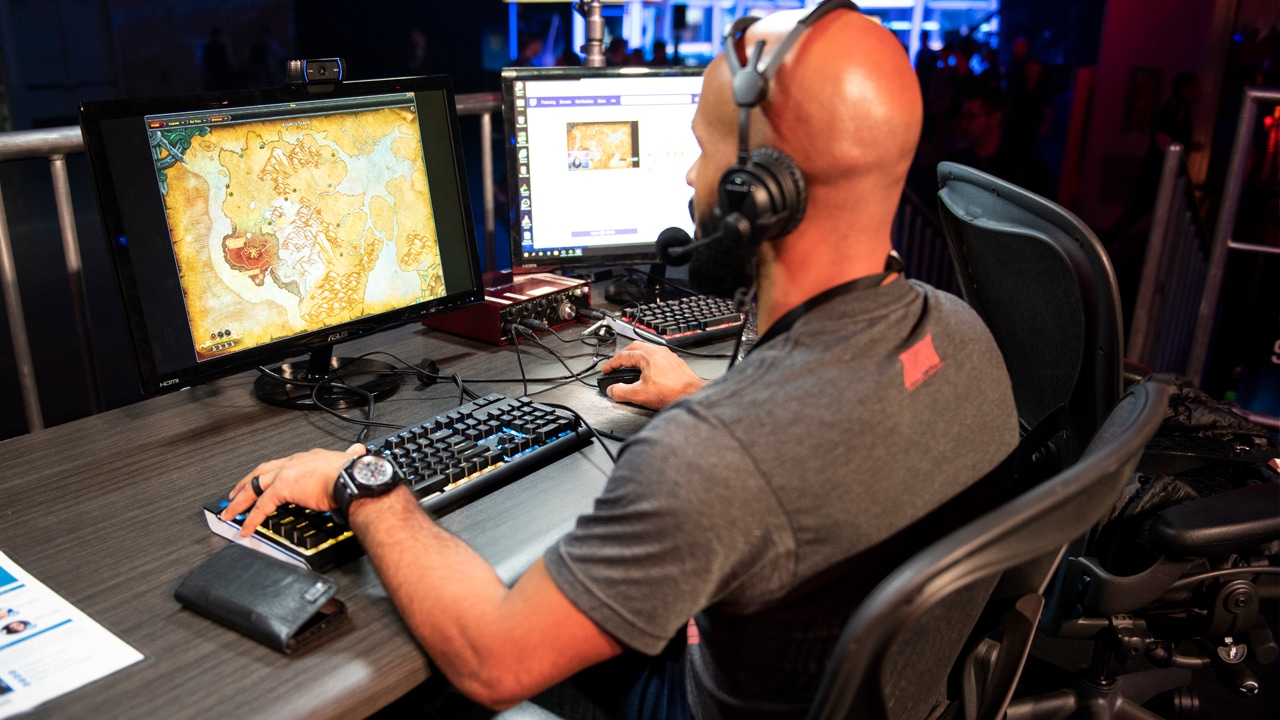 Balancing his professional fighting career with his love of World of Warcraft isn’t as hard as you might think, as long as you’re making time for your family. “Fitness is easy—you can’t work out all day!” he said, “So when I have time to clock in a couple of hours in Azeroth, I’ll do it.”

BlizzCon 2018 is DJ’s first. “I’ve been loving BlizzCon!” he said, just before he jumped onto his World of Warcraft community streaming station. “It’s been a joy to experience.” As it’s his first BlizzCon, it’s also the first time he’s been able to experience Arena, and the Arena World Championship, at the highest level of competition. “It’s crazy! One dude dies and they stop,” he said in awe. “Technically, you still have two guys and you’re throwing in the towel, but they’re at such a high level that once you lose one guy, it’s too hard!”

We made it to blizzcon y’all!!! #wow pic.twitter.com/Bcmf2emGjz

DJ found his love for Arena through the community he has built around his Twitch channel. “I didn’t play Arena back in the day, I don’t know why. I think I was just more into PvE. I didn’t have a community to play with, but now I have Twitch, I have a community. Now I do Arena, and it’s addicting,” he said, explaining that it’s the intricacies of PvP that have drawn him in. “What fascinates me about it is the coordination that it takes to get the job done, and how long the fight can be drawn out because, you know, who’s going to run out of mana first? How much damage is this person taking?” 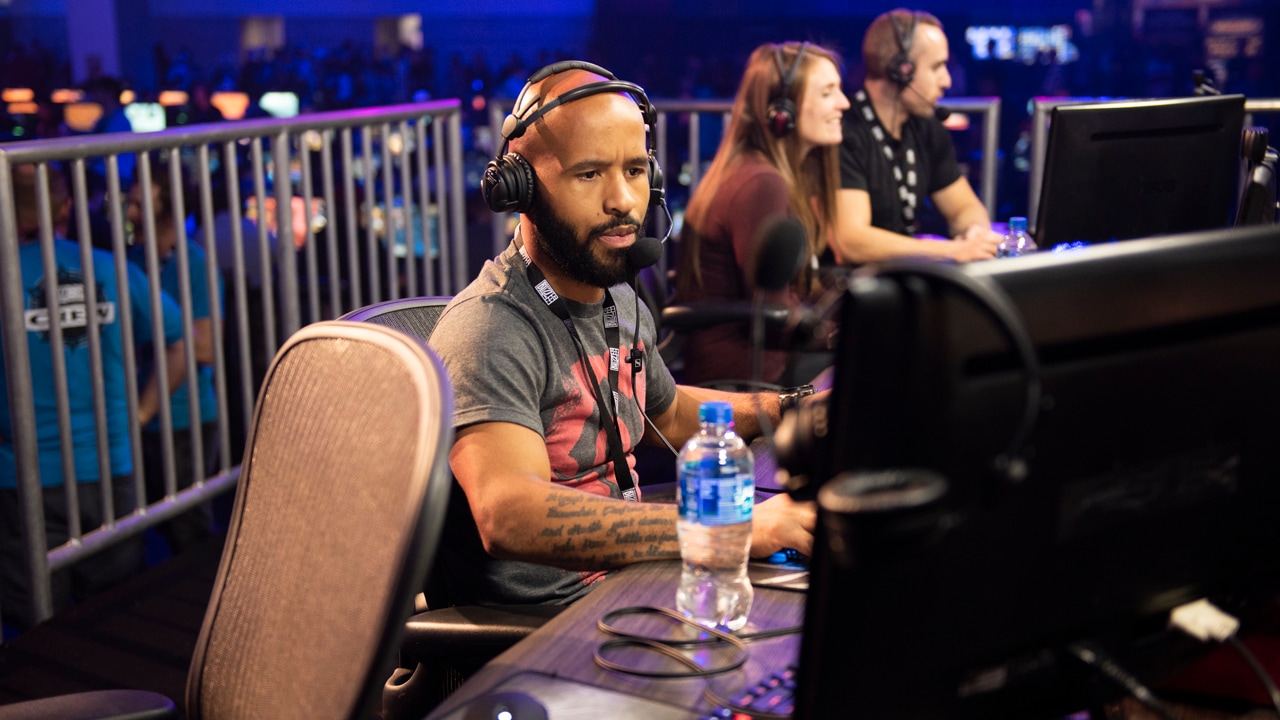 Of course, he also loves his ganking. “Being in Kul Tiras, or [when the Alliance are] in Zuldazar—I see a guy doing his thing and I’m like dahhh dah-dah dah dah,” he sings, imitating circus music, “and I go up and I’m like ‘Garrote! Rupture! Kidney Shot! Mutilate, mutilate! YEAH!’ and then they die and I’m like ‘YEAH, YOU CHOSE THE WRONG SIDE, PUNK! IN YOUR FACE!’ Then I leave—I vanish and go on my way,” he said, laughing.

Keep your browsers locked to Twitch for day two of BlizzCon, which will kick off with the Mythic Dungeon Invitational All-Stars before the AWC lower bracket is completed, culminating in what is sure to be an epic grand final!

Stay abreast of the latest World of Warcraft esports content, scores, schedules, and more with the new Blizzard Esports Mobile App! Download it now for Android and iOS.