A Champion is Declared at Hearthstone Masters Tour Undercity!

Wu "XiaoT" Jiwei of China is the Masters Tour Undercity Champion! XiaoT is the final Masters Tour champion of 2021, rising above the rest - 400 players competing from more than 40 countries all over the world! In a remarkably fast final, XiaoT beat Cheng "DragonMan" Ka Sing 3-0 in less than 30 minutes! Hopefully, you didn't blink and miss anything. XiaoT is taking home the title of Masters Tour Champion and $25,000 (USD) in prizing!

It's really no wonder that Jia thinks the "T" in "XiaoT" stands for TERMINATOR!

After securing a Top 16 spot with an 8-0 record in the initial swiss rounds, XiaoT succeeded through several tough Day 3 matches. Starting off with a 3-2 victory over Masters Tour Stormwind Champion Furyhunter before a stunning 3-1 win against GivePLZ in the Top 8. XiaoT then bested Tianming 3-0 in the semifinal to claim his rightful spot in the Grand Finals. 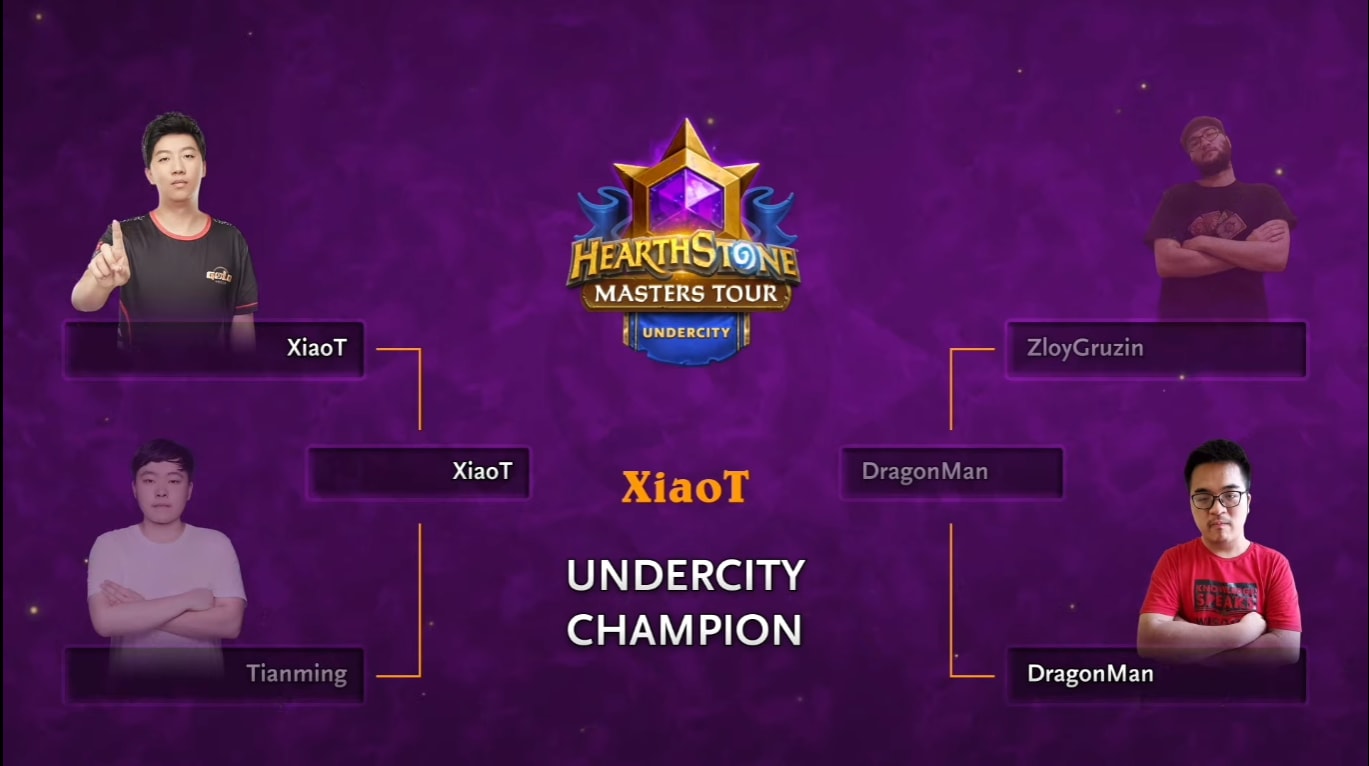 Despite a commendable performance with Garrote Rogue and Anaconda Druid by DragonMan, XiaoT saw no reason to delay his victory and took less than 30 minutes to skillfully use OTK Demon Hunter, Quest Warlock, and Quest Warrior to secure a swift and incredible 3-0 victory. What a way to end the last Masters Tour of the year!

Hearthstone Esports returns on December 18-19 for the 2021 World Championship. The top eight players from Hearthstone Grandmasters and the China Gold Series will compete for the champion title and their share of the $500,000 prize pool. During the World Championship broadcast, we’ll also reveal all of the 2022 program details - and you don't want to miss a single thing!